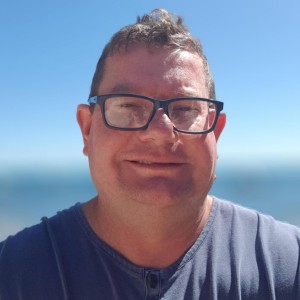 I am a big believer in the use of natural and alternative products over prescription medication, my wife, Maxine, is the complete opposite to me in that regards. I think her views come from her upbringing. Her mother worked in the medical industry most of her life. Maxine is starting to turn around to my way of thinking, slowly but surely. She has been trying some different alternate products. The main one is Hemp Seed Oil (CBD). She is liking having no side effects and feeling better within herself.

Maxine suffers from Crohn’s disease and has done for 4–5 years now, she has been taking the regular medications provided by her specialist. Still, with the side effects that they cause, she doesn’t like taking those pills very much. I have been doing a lot of reading and research into some alternative medication for her Crohn’s. I came across the article “Hemp Seed Oil — Key Benefits” written by Riki Hakim. This article is a great read. Very informative one paragraph stuck out for me. This is the paragraph.

Thanks to the ratio between Omega-3 and 6, hemp oil has the same structure as skin cells, enabling it to maintain skin fluids, impart flexibility, increase vitality, and help build skin cells. It is excellent for dry, red, tired and irritated skin. Quickly absorbed, it does not cause an oily appearance.

The essential fatty acids found in hemp oil are involved in all vital life processes in the human body in the following ways:

Published studies indicate that these fatty acids inhibit the spread of diseases and help improve quality of life.

So after reading this article I then started doing a bit more research into this terrible disease. This is the medical terminology for Crohn’s according to Google.

Crohn’s disease: causes inflammation in part of your digestive system. Crohn’s can affect any part of it, it often affects your small intestine and colon. Crohn’s, and another disease, called ulcerative colitis. Belong to a group of diseases known as inflammatory bowel disease.

As well as Crohn’s, Maxine has been suffering from a nasty rash on parts of her body. For the last couple of weeks, she has bought every different cream available from the chemist, and nothing fixed it. Finally she made an appointment with the Doctor. Their diagnosis was “it’s cause by her crohn’s disease”, I’m not convinced of that. I sometimes think they just take the easy option and blame a pre-existing disease, but anyway, who am I to question a Doctor. With script in hand Maxine got the steroid cream prescribed, used it for about a week but it didn’t do anything. The rash just got worse.

The two things I am looking for that Maxine needs are something for her skin and something with anti-inflammatory properties. Hemp oil has both of these. My next challenge was to convince Maxine to try something different. It took me a few days but I finally convinced her to give the Hemp Oil a go.

With permission from Maxine I went online and ordered the Hemp Seed Oil. It was just before Christmas so instead of taking the typical 1 week to get to Australia, it took over 2 weeks. I was so excited when it finally arrived.

I knew there was something wrong with the package as soon as I grabbed it from the postie. The white box it was in was a yellowish colour. You guessed it the bottle was smashed and all my hemp oil had gone. I was devastated.

Even Maxine was upset. She had been starting to get a little bit excited that we had something that was finally going to give her some relief from the un-comforts she had been enduring for the past month or so.

I contacted my supplier to let him know the bottle had smashed, not that it was his fault. I was going to order another bottle, but he sent me another bottle at no cost to me through the kindness of his heart. We finally got the Hemp Seed Oil and my wife has been taking it everyday as per the instructions. Her rash started to go away after only 24 hours. The itching has stopped. It is now nearly gone after using it for 4 days. Her Crohn’s symptoms are starting to get better. Time will tell. I have great faith in this product. My wife is now convinced that alternative medications are usually better than standard medications.

The Health Benefits of Hemp Fabric Will Shock You

by Johnny Green July 19, 2020 Throughout history hemp has been one

Now that we have all well and truly recovered from the Christmas and New Year’s food binge, it is time to get our gut health back on track for 2020!

Need information about our Products?
Head to our FAQ Page, for more info
More Info

Opening Hours:
We are always open.

A luxurious balm, rich in antioxidants, designed specifically to help soothe and calm. This lovely combination of oils will quiet your mind and relax your body, allowing you to unwind and have a peaceful nights rest.